Although we do not like to go on organised tours very much – we rather go by ourself, in our own pace and see what we want to see, instead of taken to various tourist traps and being forced to visit souvenir shop – the various sights around Hue are not within walking distance from the town and quite far spread out. So, for once, we opted to go on a tour to see all the tombs in one go.

The Minh Mang tomb was planned by emperor Minh Mang between 1820 and 1840. However it was built by its succecor. At the entrance are three bridges. The middle bridge is reserved for the emperor himself (only used once) so nobody will ever be allowed to use it anymore. 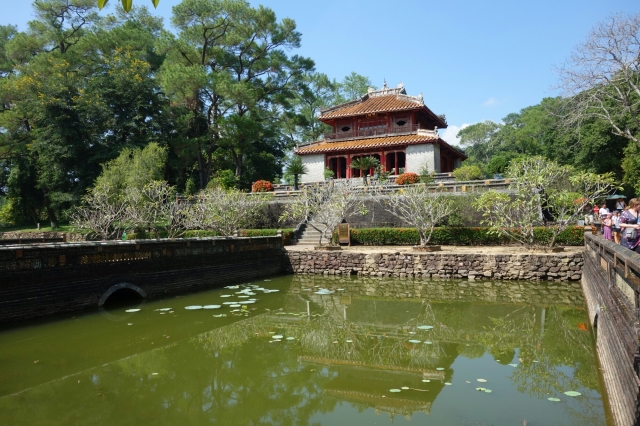 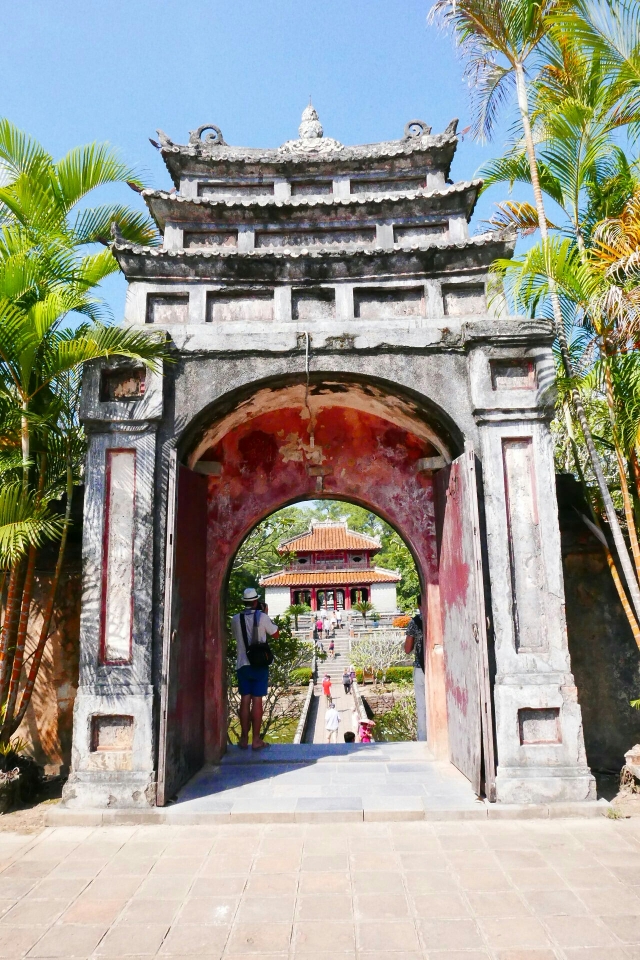 The second tomb we visited, the tomb of Khải Định is located in Chau Chu mountain. The emperor started to built it from 1920, five years before he actually died. He raised the tax by a mere 30% to finance to construction. It took another six year after his death to finish it. The tomb is a blend of Western and Eastern architecture, very different from all the temples we visited until now. 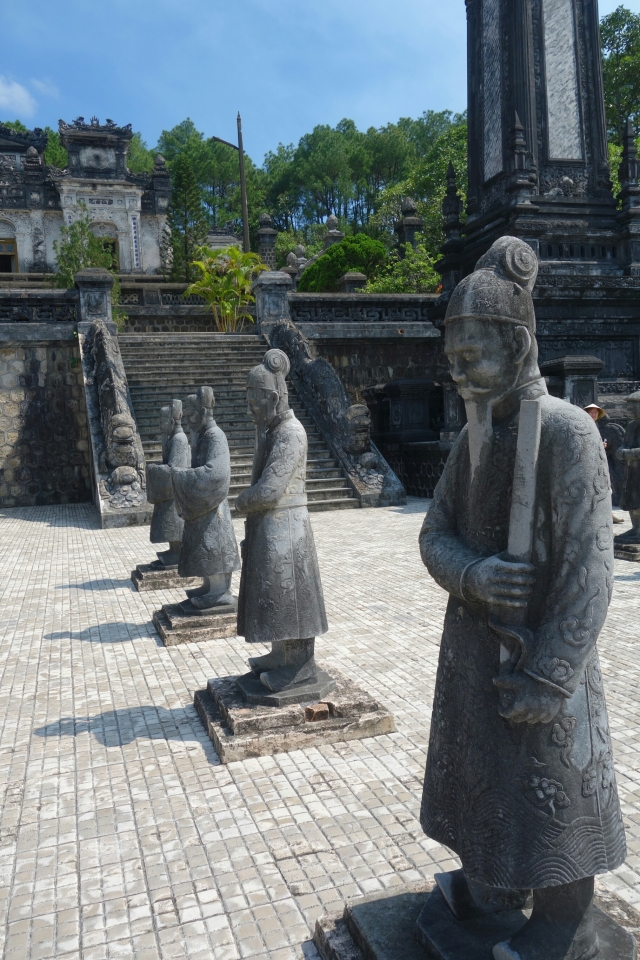 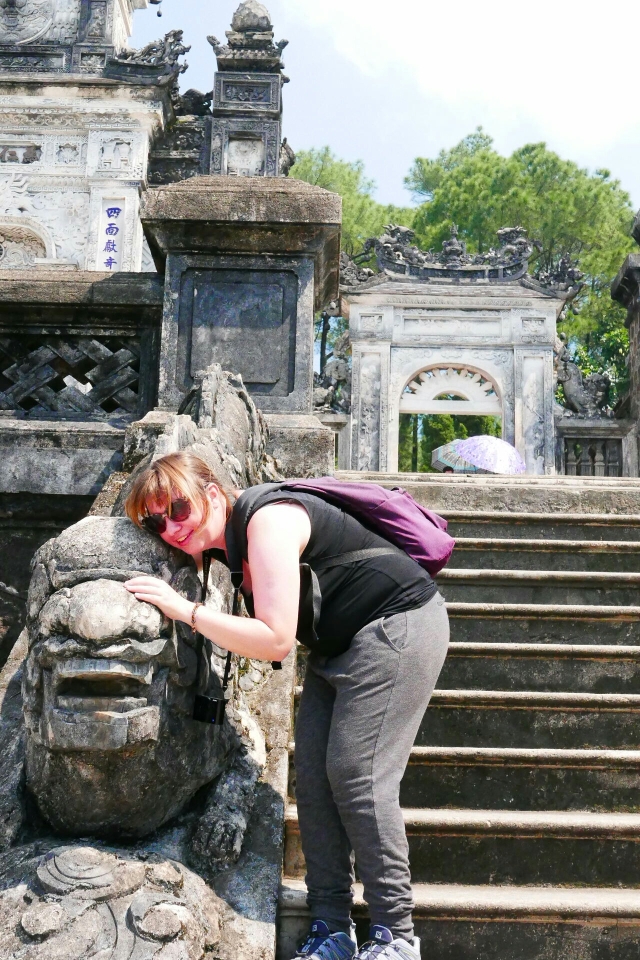 Right before lunch we where treated by a martial arts show. These guys where very good, including the cute little kid that took part in the show.

The tomb of Tu Duc was the final tomb we visited. The emperor built it in 1864 to 1867 and use it as a retreat for a long time until he died in 1883. The emperor was actually buried somewhere else in Hue, but the location remains unknown, as the 200 man who carried out the burial where beheaded to keep it a secret. 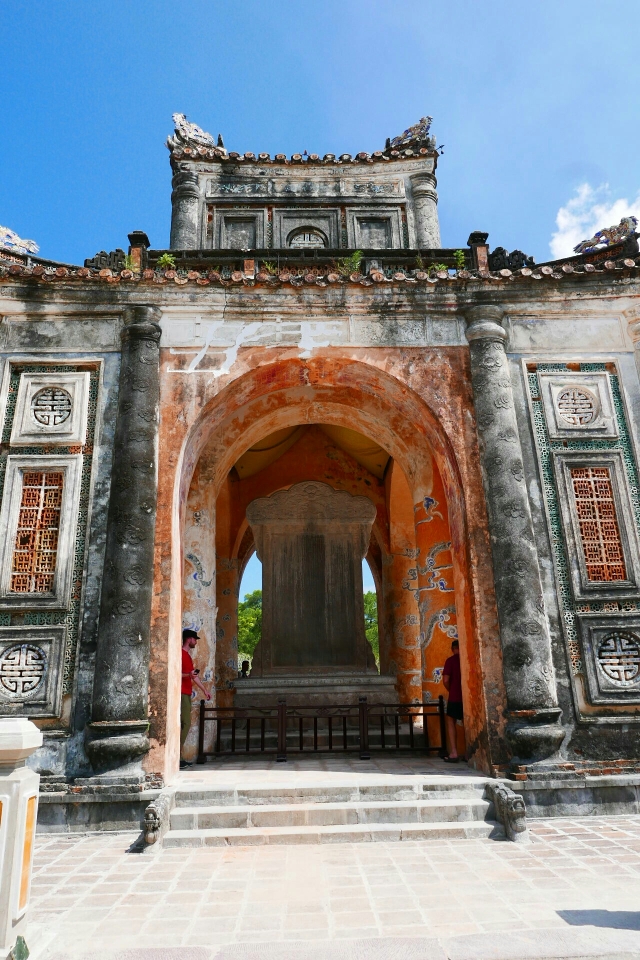 After this, the rest of our group was split of to go to the citadel. Sanne and me went with a small boat over the perfume river to a historic house in Hue, where once the daughter of emperor Dong Khanh lived. The owner of the house took us around the house, told us proudly about his ancestor, the princess, and showed us the garden with all kinds of exotic plants. Meanwhile his wife made some tea for us. 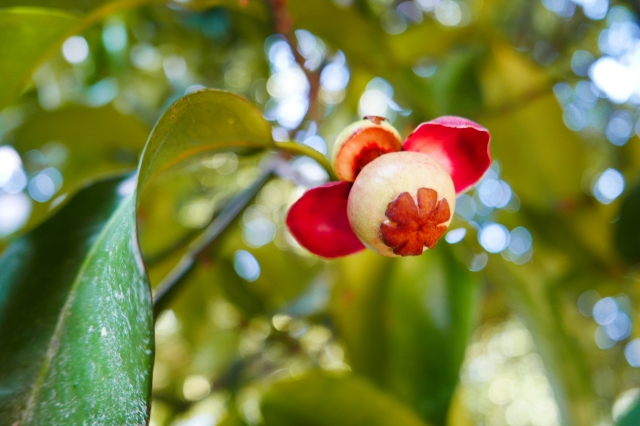 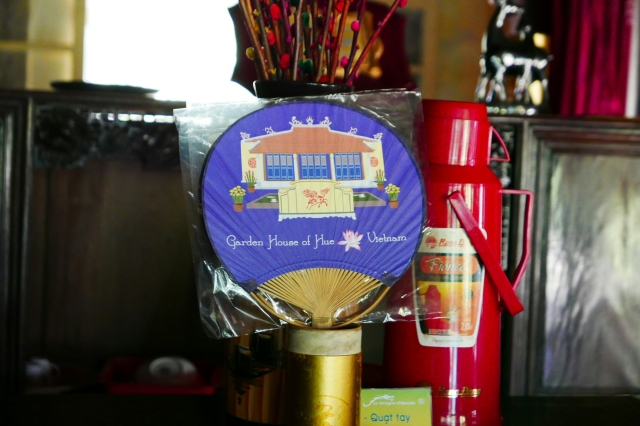