On the second day in Vientiane the wheater was much improved, bloody hot and sunny instead of hot and raining. We decided to visit the Buddha park, a 1 hour tuctuc drive out of the of city. We found a taxi driver that looked like a nice guy and negotiated a little about the price. We settled for 200000 kip. A fair price was 180000 according to our friendly hotel owner. When you remove four zeros you will get the euro amount, so it was about 20 euros. Not bad for a 1 hour return drive, where the taxi driver waits for one and a half hour for you to visit the park. It was probably still too much, but we were happy with the price and he seemed to be happy as well, a win-win situation. Although we thought we would go by tuctuc, he told us the tuctuc would take much too long and he took us in a regular taxi. A missed opportunity…

The entrance of the Buddha park was 5000 kip plus a fee of 2000 kip if you wanted to make photographs. What the heck? Well, it is only 0.70 euro per person in total, so we didn’t complain.

The park was littered with Buddha’s, most of them in a bad state with broken limbs and heads and such. Also has its charms. There were two main sculptures. 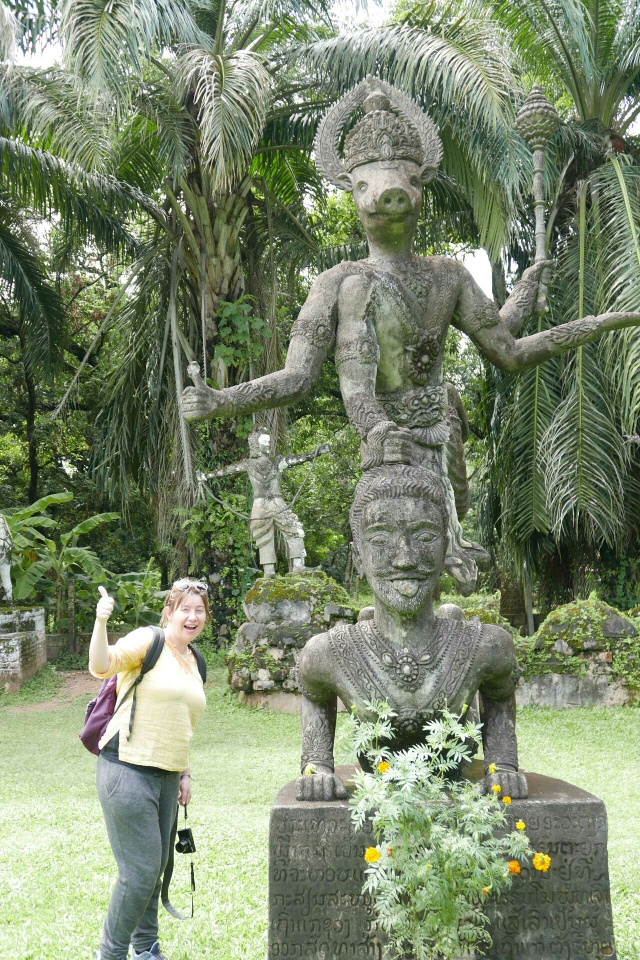 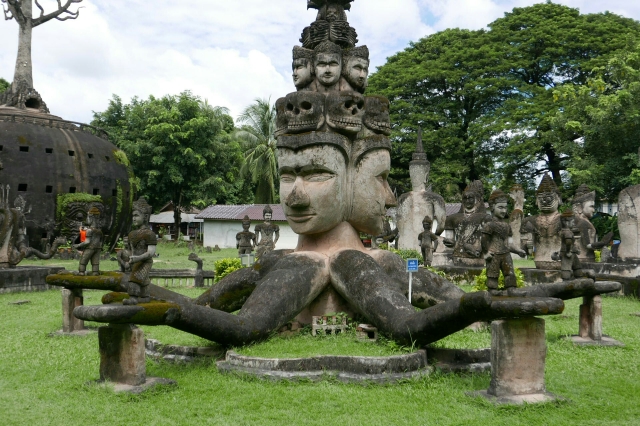 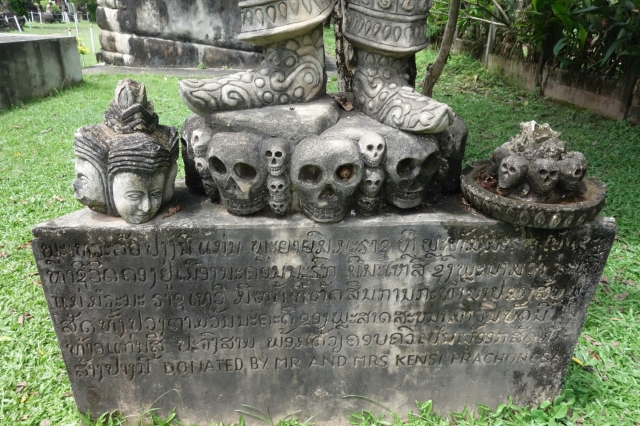 Luckily the taxi driver was still there to get us back in one piece. In fact, we later discovered it was one of the safest drivers we encountered in Asia, but that’s something for another story.