An hour from Seoul by metro we went to the poo museum (officially called the Toilet Museum), in Suwon City. I discovered it on 9gag a few years ago and since that time I dreamed to go there.

Sim Jae-duck aka Mister Toilet was the mayor of Suwon City during the 1990’s, he was then well known for promoting and beautifying South Korean public toilets, one example of it was during Word Cup 2002 where he improved the city toilets.
He also helped found the World Toilet Association, which is dedicated to improving sanitation around the world. The head quarters are now in Singapore.
His passion grow so much that he redesigned his house of 30 years into the shape of a toilet seat.
He passed away in 2009, the house was than donated to Suwon City, who converted the building to a museum which opened on the 4th of July 2012.

Going to the toilets is still a taboo in many societies. Yet it is very important in our daily lives because what goes in goes out (even for us girls, our farts don’t smell like roses and we don’t poo glitter ). Think about how disgusting it was in the middle ages in Europe, throwing it away through the window making everything dirty and propagating many illnesses.

Here a few facts about how important sanitation is : (Source: World Toilet Association *)

-The 2015 goal to halve the proportion of people living without sanitation is running 150 years behind schedule. 1 billion (15 % of the world population) still practice open defecation.*

1000 children died per day from diarrhoeal diseases due to poor sanitation in 2013. These deaths are preventable.*

Every $1 spent on water and sanitation generates a $4.3 return in the form of reduced health care costs*.

If you want to learn about this cause : http://worldtoilet.org 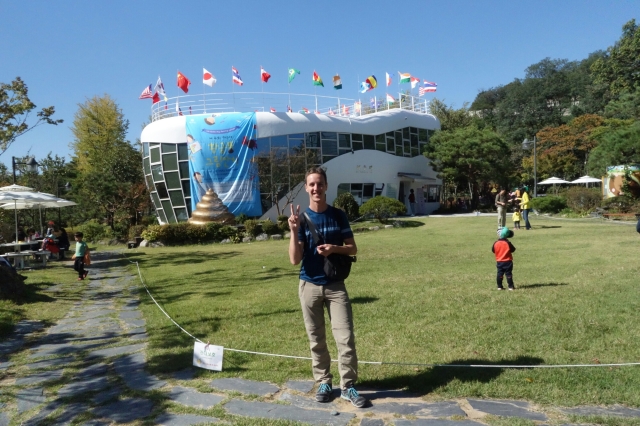 One thought on “Poop museum”